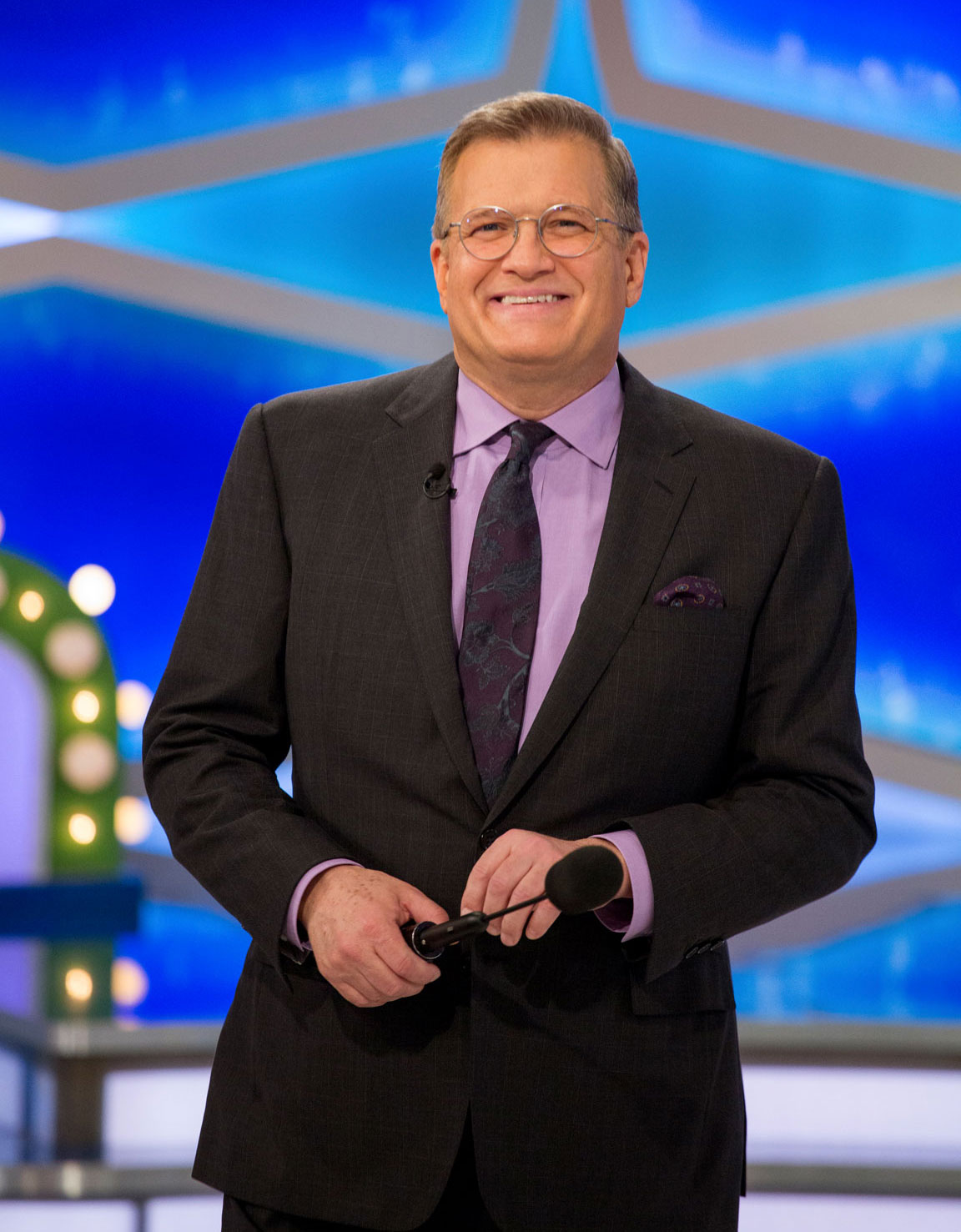 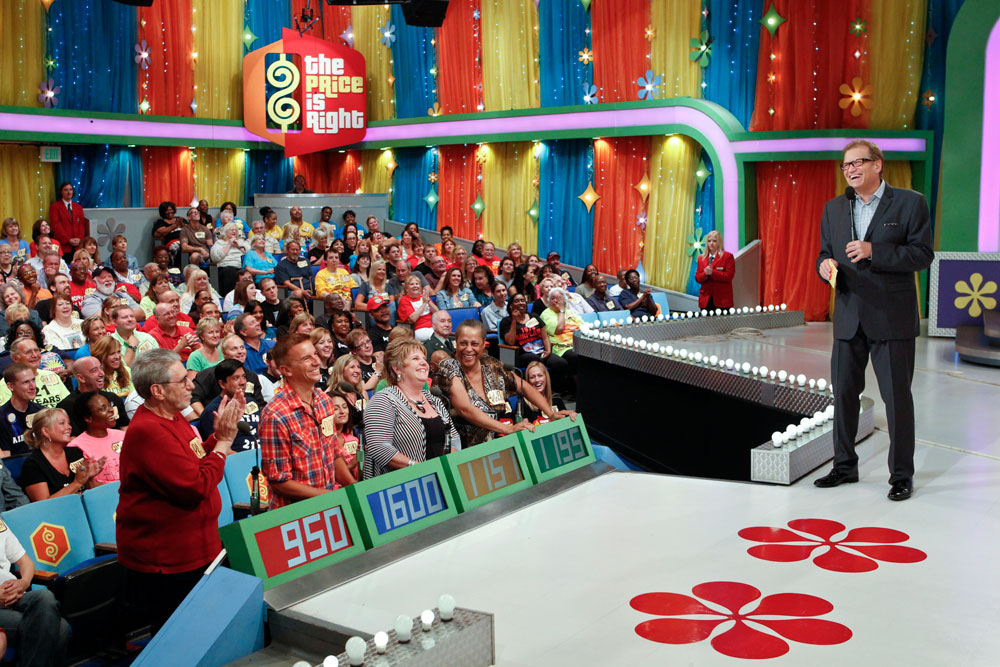 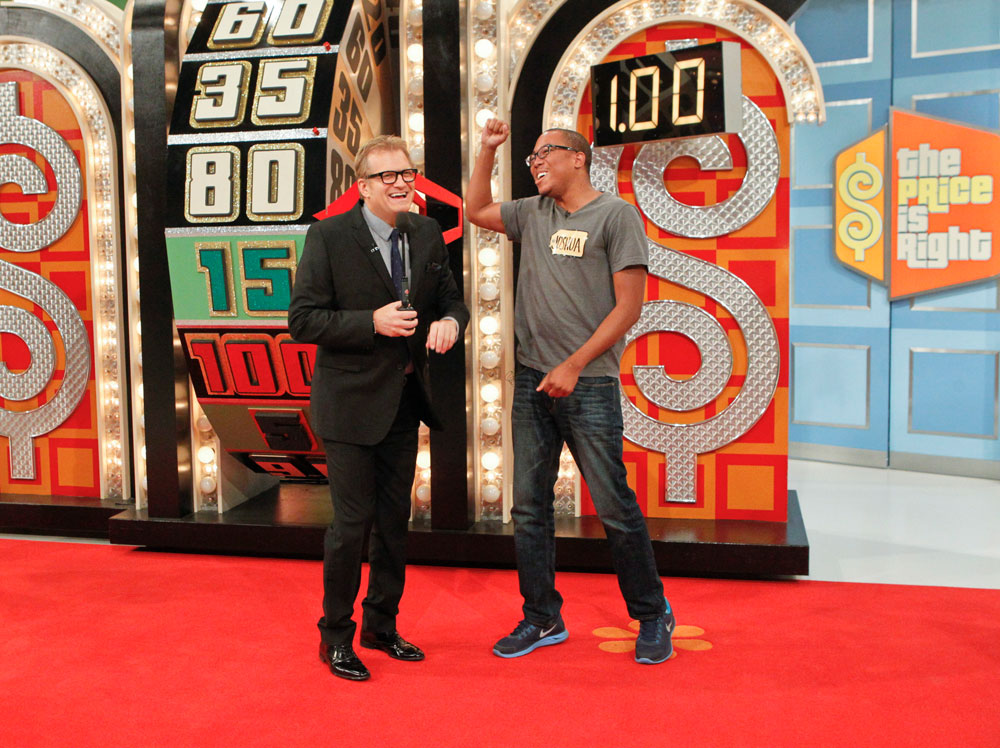 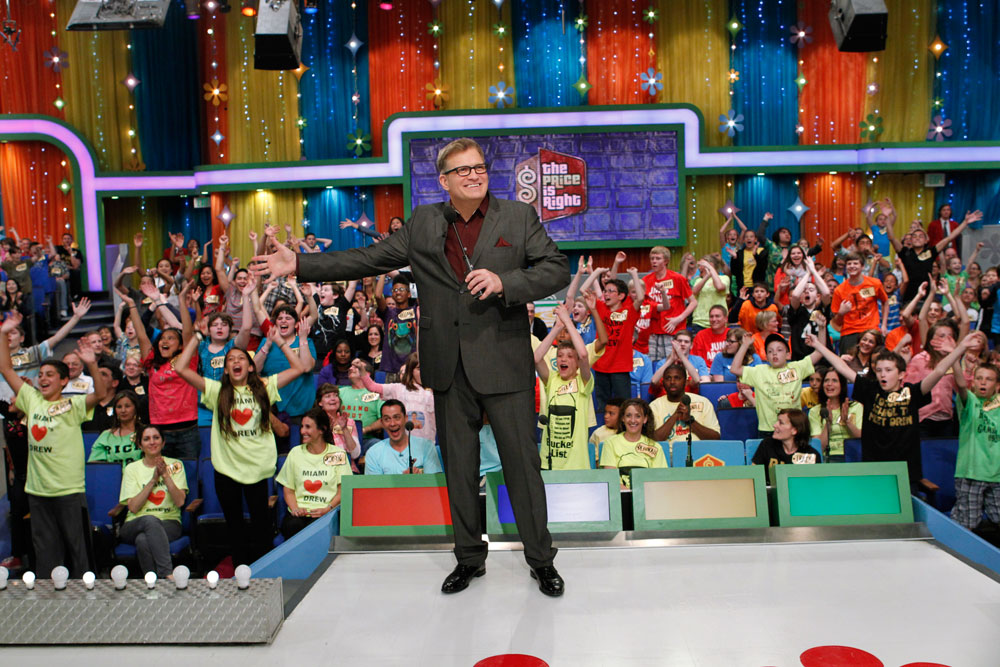 PHOTO: Mr. Carey smiling for the camera
PHOTO: The crowd loves Drew!
PHOTO: No better feeling than hitting $1 on the wheel
PHOTO: Come on down! Drew is waiting for you!
Biography

Drew Carey is a stand-up comic turned actor and producer who had the distinction of having two hit shows simultaneously: the long-running comedy The Drew Carey Show, which ran from 1995-2004, and the improv/sketch show Whose Line Is It Anyway? on which he was host and a producer. The success of that show led to the creation of Drew Carey’s Improv All-Stars, an improv troupe that performs in showrooms across the country.

In July 2007, Carey was named the host of The Price Is Right, succeeding longtime host Bob Barker. In August 2007, he began also hosting the Network’s Power Of 10, a high-stakes, primetime game show where contestants compete for the chance to win $10 million.

In May 2000, Carey starred in his first television movie as the title character in “Geppetto” for the Wonderful World of Disney. Carey sang and danced in the new telling of the classic Pinocchio tale. Carey’s debut book, Dirty Jokes and Beer: Stories of the Unrefined, is a look at life from Drew’s unique and comical perspective.

Carey returned to his stand-up comedy roots in July 1997 when he hosted HBO’s Mr. Vegas’ All-Night Party, where he performed musical numbers and comedy sketches.

While in the Marine Reserves, his military buzz cut and black wide-rim glasses became part of his trademark look. He began his successful career as a comedian in April of 1986 at the Cleveland Comedy Club. One of his first big breaks was competing on Star Search ’88.

In 1991, Carey landed a spot on HBO’s 14th Annual Young Comedians Special and appeared on The Tonight Show with Johnny Carson. Carey landed his own television development deal at Disney, which led to an opportunity for Carey to co-star in the series The Good Life. Carey also had the opportunity to work with Bruce Helford, who was a consulting writer on the series and hired Carey as a staff writer for The Gaby Hoffman Show. Their experience led the two of them to decide to co-create a series for Carey. Carey went on to star in his own comedy special for Showtime, Drew Carey: Human Cartoon and performed in Showtime’s Tenth Anniversary of the Montreal Comedy Festival.

Carey was born in Cleveland, Ohio and currently resides in Los Angeles. His birth date is May 23.