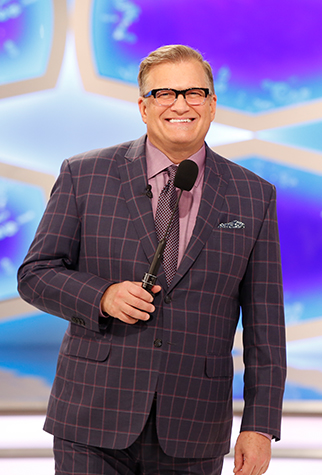 Drew Carey is a stand-up comic turned actor and producer who had the distinction of having two hit shows simultaneously: the long-running comedy The Drew Carey Show, which ran from 1995-2004, and the improv/sketch show Whose Line Is It Anyway? on which he was host and a producer. The success of that show led to the creation of Drew Carey’s Improv All-Stars, an improv troupe that performs in showrooms across the country.

In July 2007, Carey was named the host of The Price Is Right, succeeding longtime host Bob Barker. In August 2007, he began also hosting the Network’s Power Of 10, a high-stakes, primetime game show where contestants compete for the chance to win $10 million.

In May 2000, Carey starred in his first television movie as the title character in “Geppetto” for the Wonderful World of Disney. Carey sang and danced in the new telling of the classic… 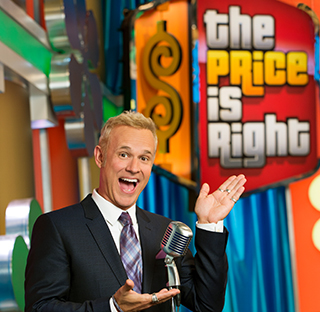 In April 2011, Gray became the announcer for THE PRICE IS RIGHT. In his most well-known role, Gray was the host of the game show “Weakest Link.” He also hosted “Junkyard Wars,” for which he received a Primetime Emmy Award nomination.

Additional television hosting credits include “Man Land,” where he traveled… 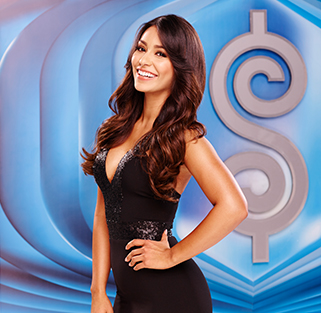 Manuela joined THE PRICE IS RIGHT in 2009. Born in Medellín, Colombia, she moved to the United States in 2006. She was a finalist in The Price Is Right Model Search of 2008, which is when she gained the attention of the show’s producers. Eventually, she was added into the rotation of regular models… 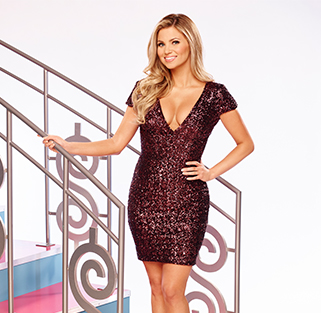 Amber joined THE PRICE IS RIGHT in 2008.  Born in Tacoma, WA, she was crowned Miss Washington Teen USA, and went on to join the Sea Gals, the Seattle Seahawks famed cheerleading squad.  Following five years on the squad, she moved to Los Angeles to pursue her entertainment career… 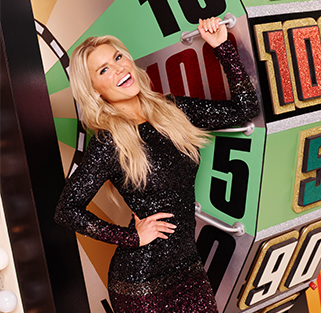 Rachel joined THE PRICE IS RIGHT in 2003. Originally from, Mandeville, LA, she attended Louisiana State University and was a member of the track team.

In addition to her role on The Price Is Right, she has made appearances on The Bold and the Beautiful, How I Met Your Mother… 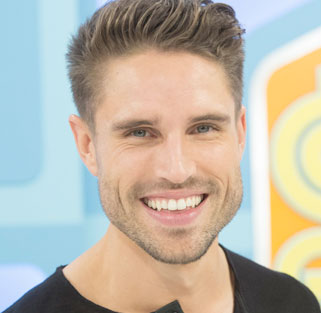 James joined THE PRICE IS RIGHT in 2014 after winning the Male Model Search. Born in Melbourne, Australia, James grew up watching the Australian version of THE PRICE IS RIGHT. Before moving to the US to pursue a career in entertainment, James worked as an industrial designer.